by the SPILL Label 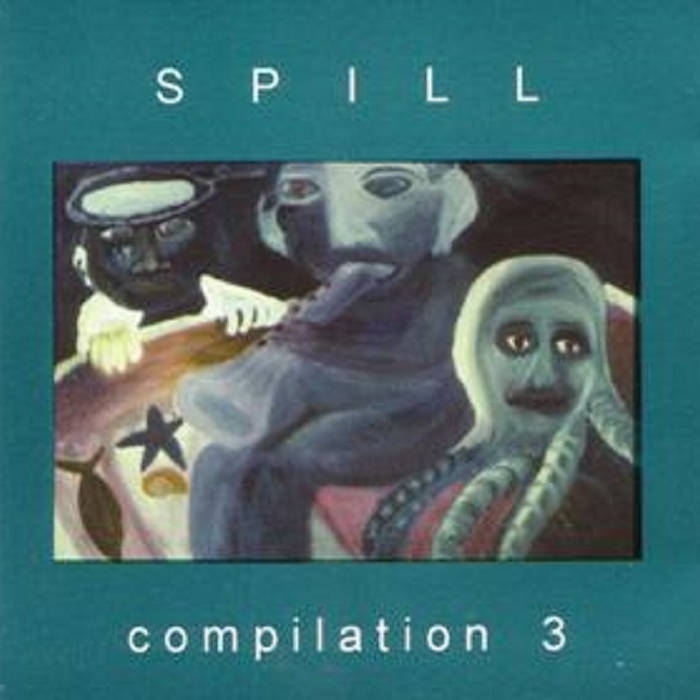 This is the third in a series of compilations of Australian independent music compiled by Greg Wadley and releasd through the Spill label. Spill 3 was released in April 1995 and launched at the Punters Club. Visual artist Fiona Walshe painted the cover illustration shown above, and Dave Metcalfe, then of New Waver, printed the covers. We boxed them by hand on the day of the launch.

Spill produced these compilations to highlight the interesting indie and experimental music of the day. Prior to mass Internet adoption, compilations were a useful way to find out what was going on.

This was before PCs became a common platform for music production . The songs on the compilation were collected on cassette and DAT, and mastered at CestCa studio in Collingwood, using synchronized DAT players with outboard effects including EQ and a BBE Sonic Maximizer.

For more details about the Spill label and compilations see spill-label.org .

All songs and artwork are owned by the artists listed.

You may download and listen to these songs, and share them with others as long as you credit the artists. You may not use any of these songs for commercial purposes without first contacting the artist for permission. Think of this as equivalent to the Attribution Non-Commercial No Derivatives licence provided by creativecommons.org.